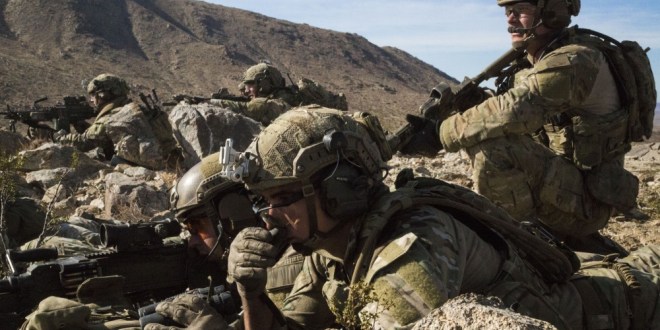 In a recent New York Times article two military officials with direct access to Gen. Hicks new directives are quoted as saying that the commander of SOCAF wants special forces units to plan all missions with their host nations counterparts to stay out of possible combat with insurgents or simply “do not go.”

These new directives from SOCAF in essence ties the hands of the Green Berets conducting direct ground advisory foreign internal defense (FID) missions under what many in the special operations consider apart of the Global War on Terror.

With these new directives coming mere days prior to senior military officials from U.S Africa Command (AFRICOM) sitting with Congress to brief them on the tragic events of October 4th where four U.S. Special Forces soldiers were killed in an ambush near the remote village of Tongo Tongo in northwestern Niger. Many active and former commandos within the Green Berets are appalled by what they call yet another example of general officers and the Pentagon’s “cover ‘my’ ass” narrative that quite literally throws the operators on the ground under the bus to protect their own careers.

“How are you ever going to earn the trust and respect of the [host nation] troops you are training and supporting, if you are not willing to fight alongside them” said one Green Beret who asked to remain anonymous.

Another commando was more blunt saying, “Typical of GO’s [General Officers]. It’s their general order number 1, they say ‘Hey, I told them not to!’ Of course team and company leadership should evaluate whether they [and the host nation forces] have the support.”

Another Green Beret put it like this, “We are put there [in Africa] to ensure success of our Host Nation counterparts. When we are not able to operate with the local forces we cannot teach and coach them for future contact with the enemy. Can a football coach effectively coach his players without watching them perform under pressure in a real game? Plus how are we supposed to accurately assess how the threat forces operate without seeing them in action? That’s like preparing for a game without ever seeing game film.”

These new directives take that team and ground commanders autonomy to make these combat decisions on the ground away from them, which goes against how Green Berets are trained and effectively micro-manages the special forces troops as to avoid any public mishaps that puts a spotlight on operations in Africa like the Niger ambush has. 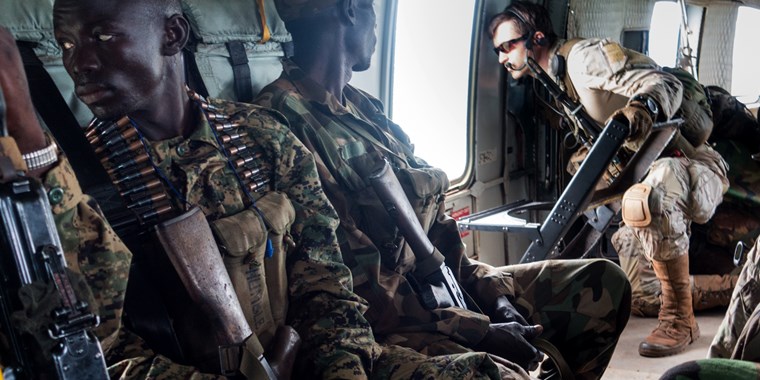 These new directives also provide no workable plan in dealing with the massive expansion of terrorism in Africa, something the former commanding general now retired Donald Buldoc pointed out when he spoke with The Fusion Cell back in March decribing that the current operations in Africa have no plans passed find, fix, kill.

“We [United States] should not be the kinetic solution, but our senior military general officers lack any military strategy and default to the kinetic solution for the instant gratification and the sensational reporting this achieves. They have no long-term plan that will achieve stability and are unable to quantify anything outside of a capture and kill operation. This why after 20 plus years in Somalia, 15 years in Iraq, and 17 years in Afghanistan we are no closer to a solution. Our service members at the tactical level continue to do great work. Good tactics does not fix bad strategy,” Buldoc said.

Buldoc went on to say that while the Trump administrations more aggressive engagement parameters which allowed a more active participation in ground combat by U.S. Special Operations has been praised by some. Buldoc argues that it merely entangles U.S. troops in a complicated conflict “Gray Zone” with no clear end-game seen by U.S. special operators on the ground.

Buldoc went on to grimly predict what some African analysts and experts fear, that Africa has all but solidified itself to be the United States next battlefront of the Global War on Terror and the U.S is set up to dive head long into another quagmire like the “Forever War” of Afghanistan.

It is unclear if these new directives Gen. Hicks implemented are strictly placed upon the U.S. Army Green Berets conducting operations in West Africa, or if they also encompass the Task Force 48-4 special operations mission in Kenya and Somalia where U.S. special operations forces have been on several direct action advisory missions with the Somalia National Army elite commando unit — The Danab.

The directives basically hide the Green Berets within protected forward observation posts (FOB) and make them little more than trainers and care-takers of host nation forces, something that the U.S. Army’s Chief of Staff, General Mark Milley’s brain-child, the 1st Security Forces Assistance Bridge (1st SFAB) has been trained and sold to Congress to do.

the 1st SFAB’s mission is to conduct train, advise, assist operations with foreign nation’s armed forces, specifically to act within a combat advisory role, something that has been a part of the unconventional warfare bedrock of the U.S. Army Green Berets mission set since its inception in 1952 under the command of Colonel Aaron Bank.

Gen. Milley is quick to push back on the criticism that his 1st SFAB is trained to do the exact same mission set assigned to the Green Berets, saying that the two units have very different roles within the combat advisory sphere. Yet, with Gen. Hicks new directives placed on all special operations in Africa it seems that the 1st SFAB has more combat advisory authority than any Green Beret unit serving today.

This all seems like a very hefty “knee-jerk” reaction to a tragedy that claimed the lives of four U.S. service members in a country that most if not all of America never knew existed prior to October 4th 2017. The cold hard facts is that there has been war, and Green Berets have been fighting in these “shadow wars,” in Africa for nearly two decades, this is nothing new to the U.S Special Forces commandos and the hot spots of African terrorism isn’t going away any time soon.

There has never been a fool-proof plan in unconventional warfare to ensure everyone comes back alive, its war and every Green Beret knows this, sometimes even hyenas get lucky in killing a lion.

Yet, putting your most elite commandos in a “time out” to protect ones career or bad publicity is never going to stamp out any sort of terrorism or conflict. It will just keep your stars firmly affixed on your epaulets.